HSUHK’s commitment to environmental protection and campus sustainability is manifested with  all new buildings on campus having received notable recognitions and awards by the Hong Kong Green Building Council. The certification of BEAM Plus is rated for a building’s overall environmental performance, in terms of its energy efficiency, water economy, waste minimisation, heritage and visual impacts, ecological enhancement, and air, noise and water pollution, during building design and construction processes.

Between the years 2014 and 2016, three Final Platinum ratings of BEAM Plus New Buildings V1.1 were awarded to HSUHK’s S H Ho Academic Building, Lee Shau Kee Complex and Lee Quo Wei Academic Building respectively. In addition, the College also received the Final Platinum rating of BEAM Plus New Buildings V1.2 for the HSUHK Jockey Club Residential Colleges,  and was selected as a “Finalist” for the Green Building Awards 2016 under the New Buildings Category (Completed Projects – Institutional Building) in 2016.

HSUHK was the only higher education institution in Hong Kong recognised as the “Organisation with the most BEAM Plus Final Platinum Projects” in 2017 for its commitment to applying environmental measures in academic buildings, student hostel and facilities. These achievements affirm the College’s leading role in promoting green initiatives in the region. 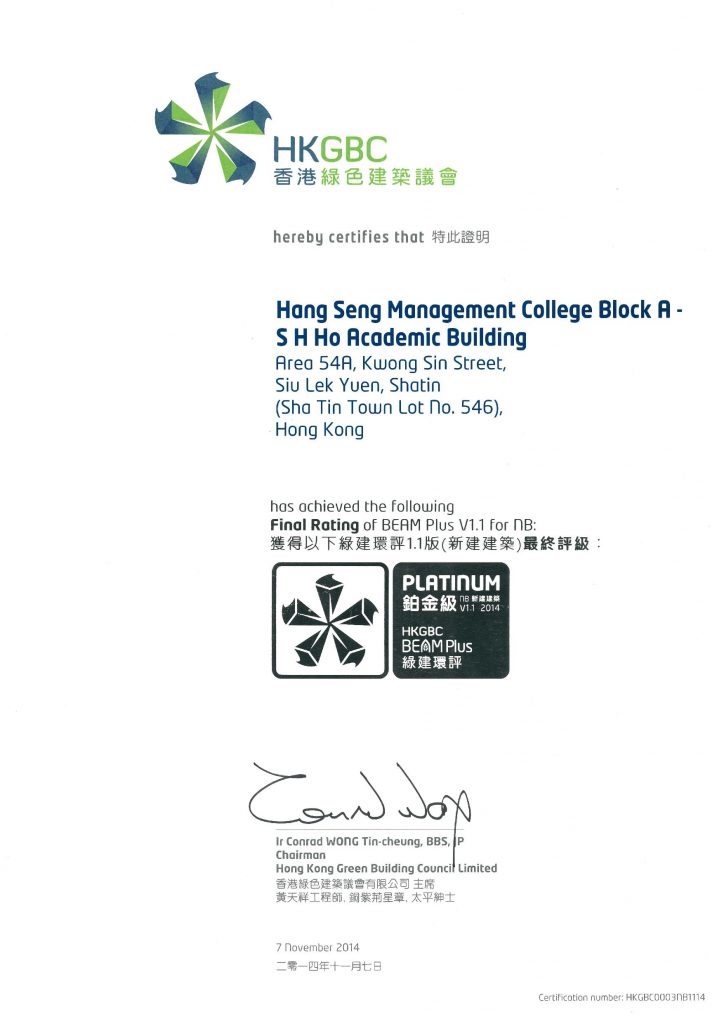 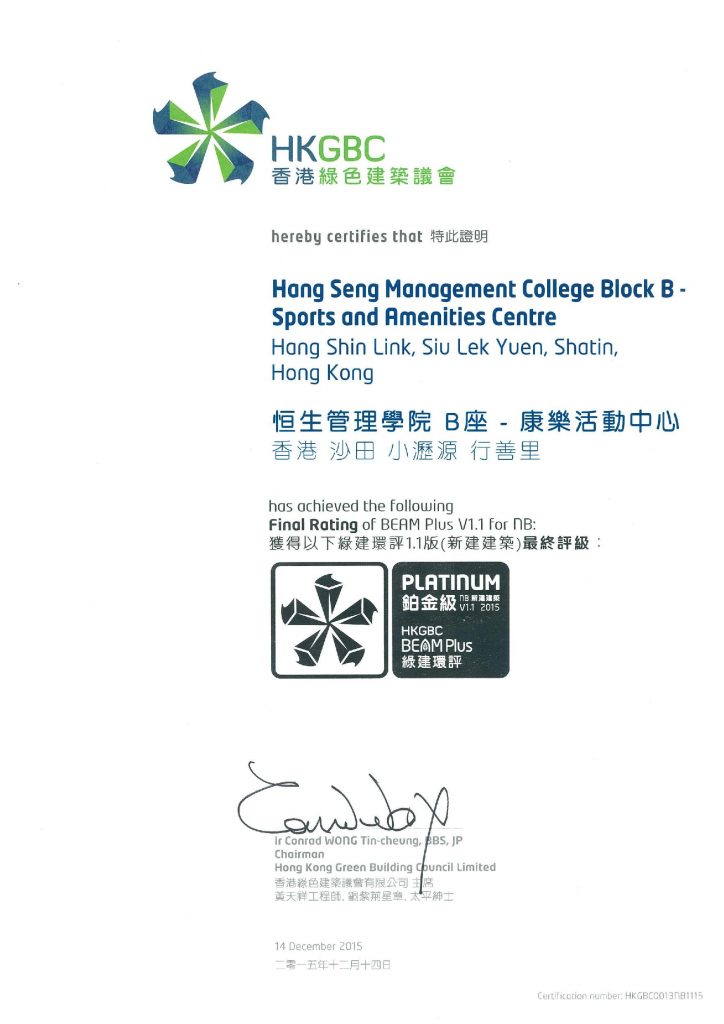 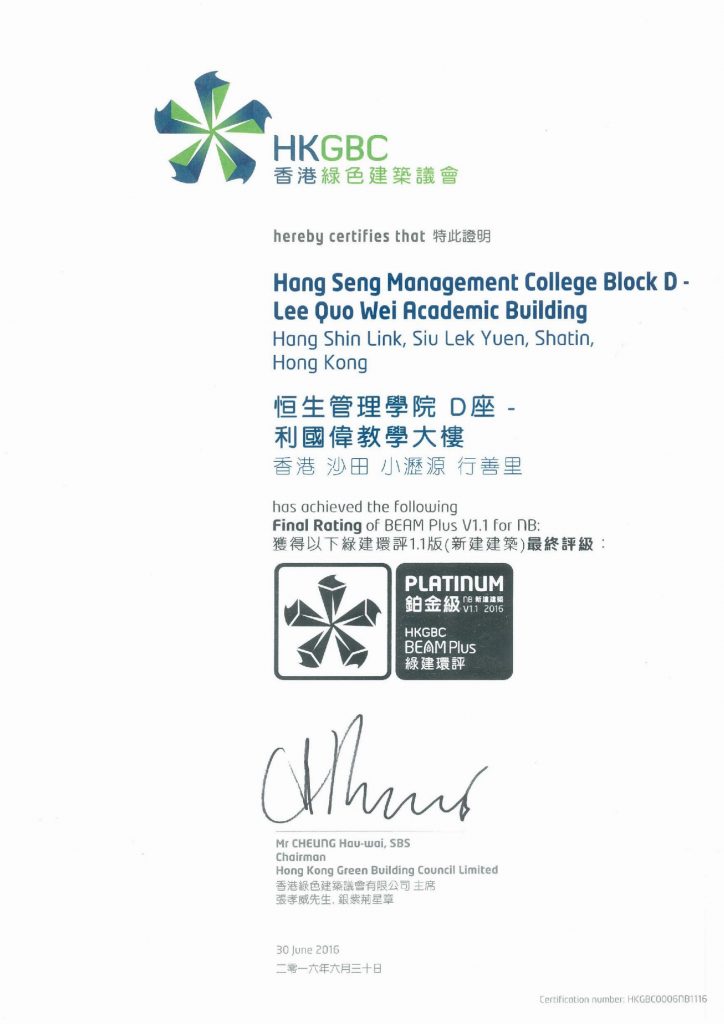 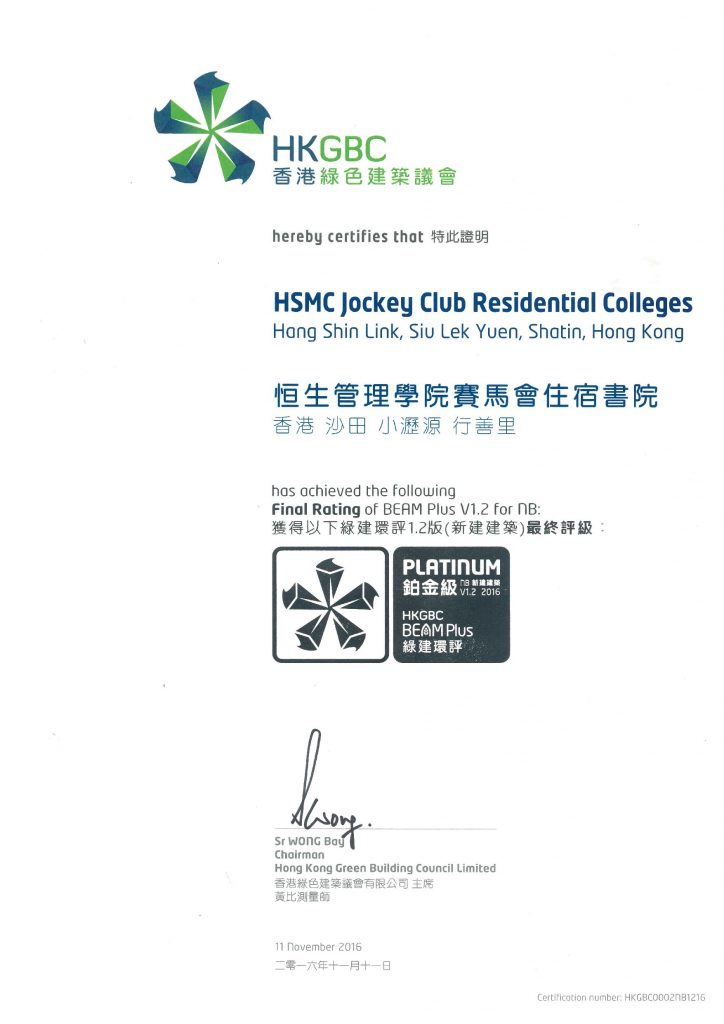 In addition, HSUHK received a number of awards in recognition of its outstanding performance in energy conservation and environmental sustainability: 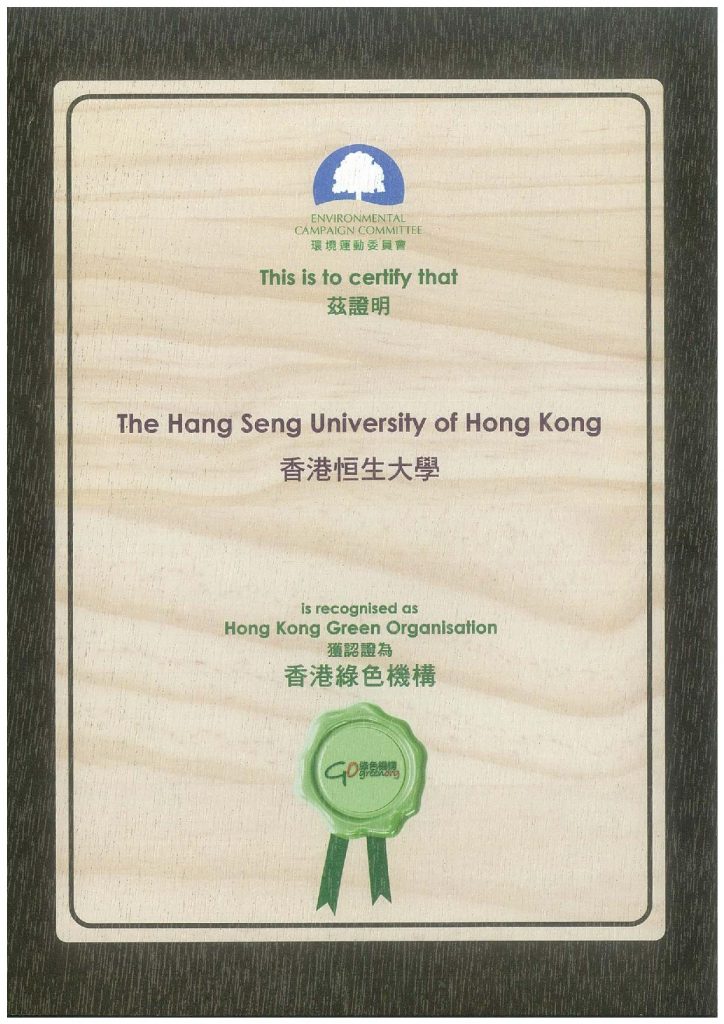 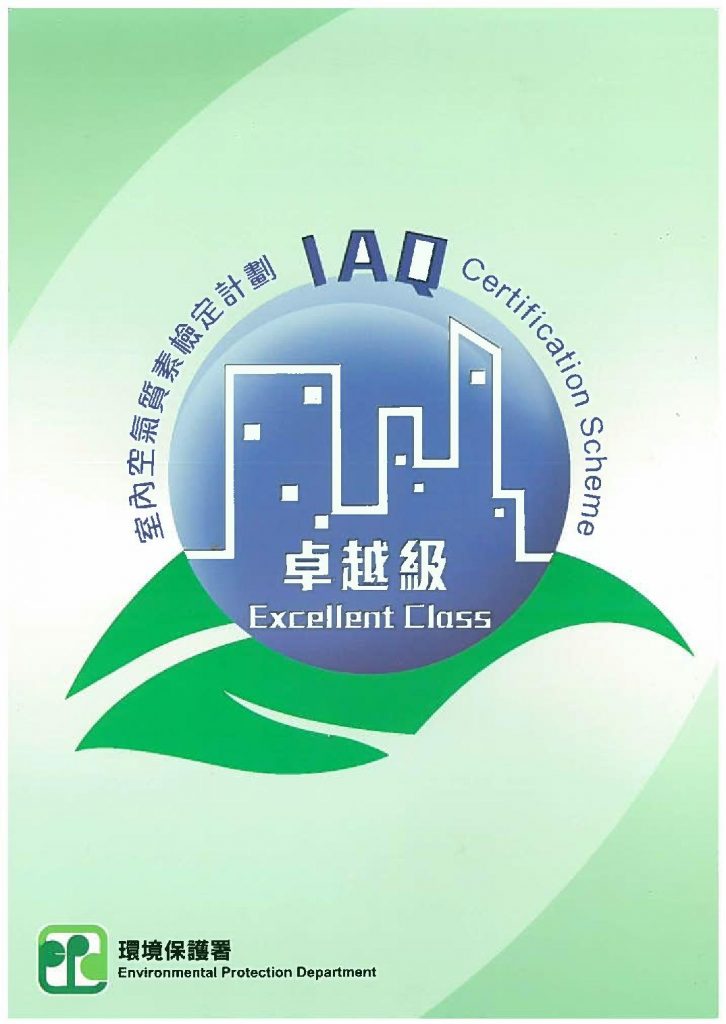 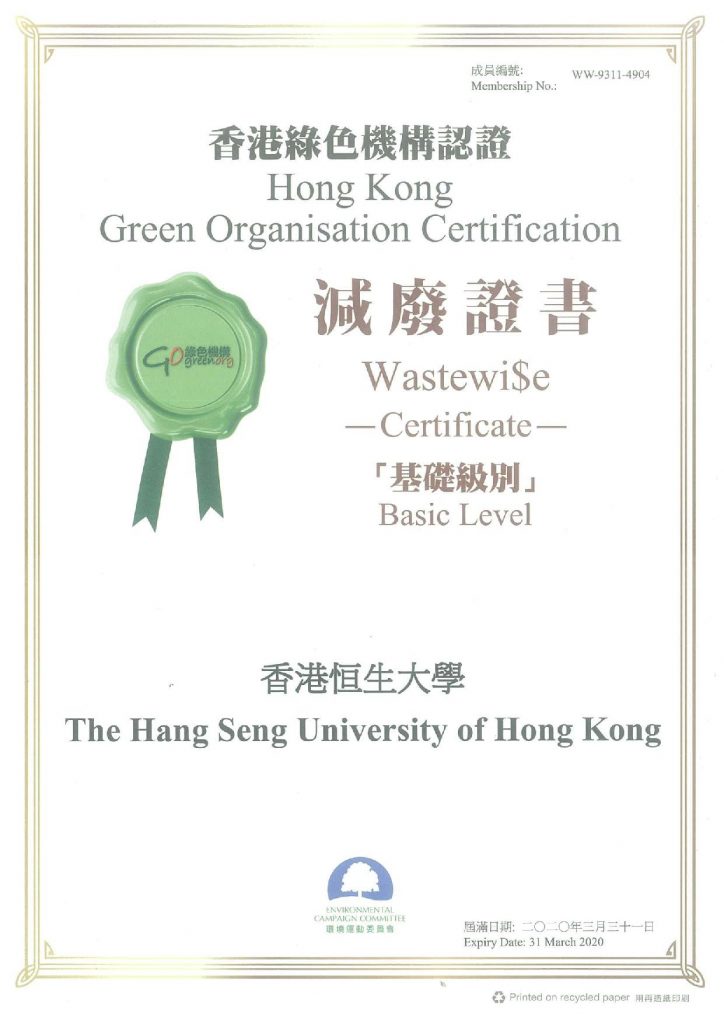 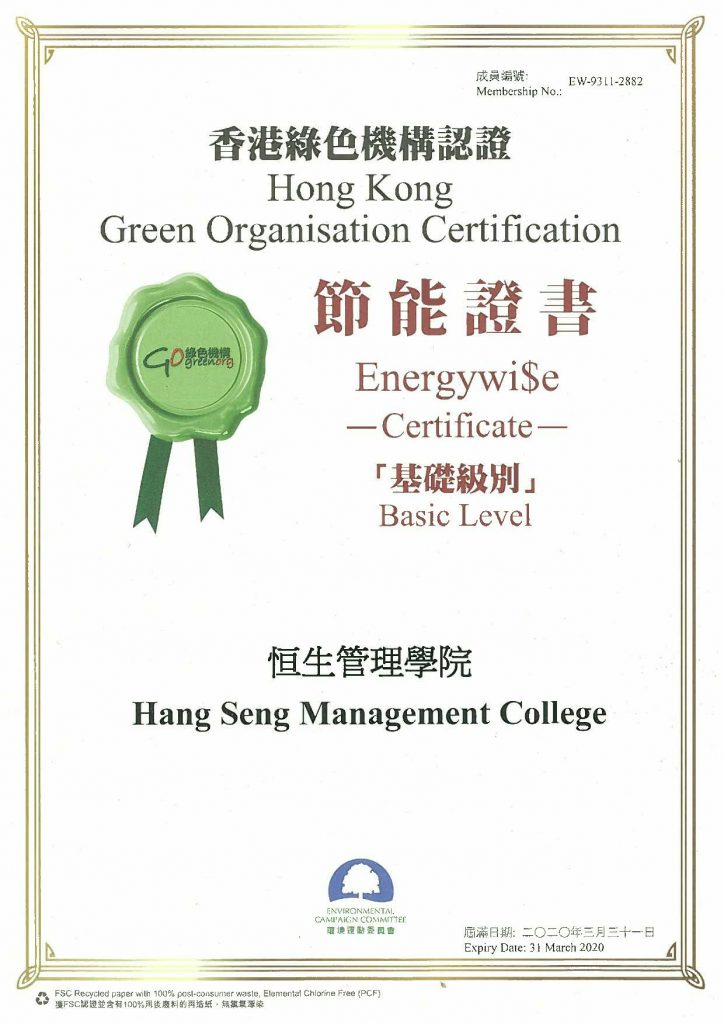 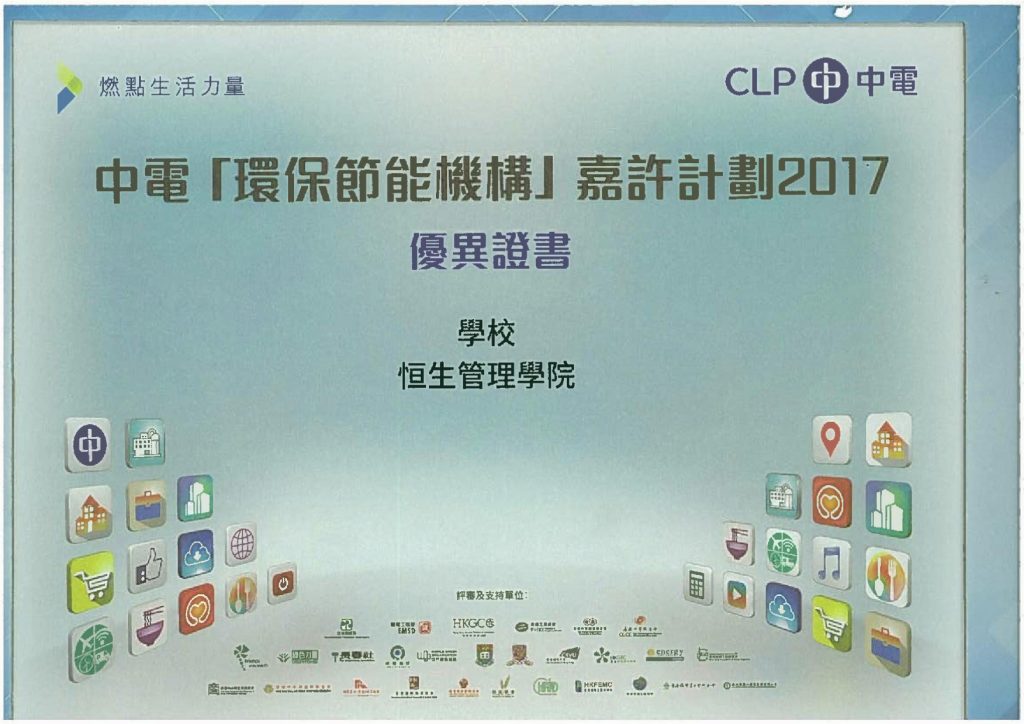 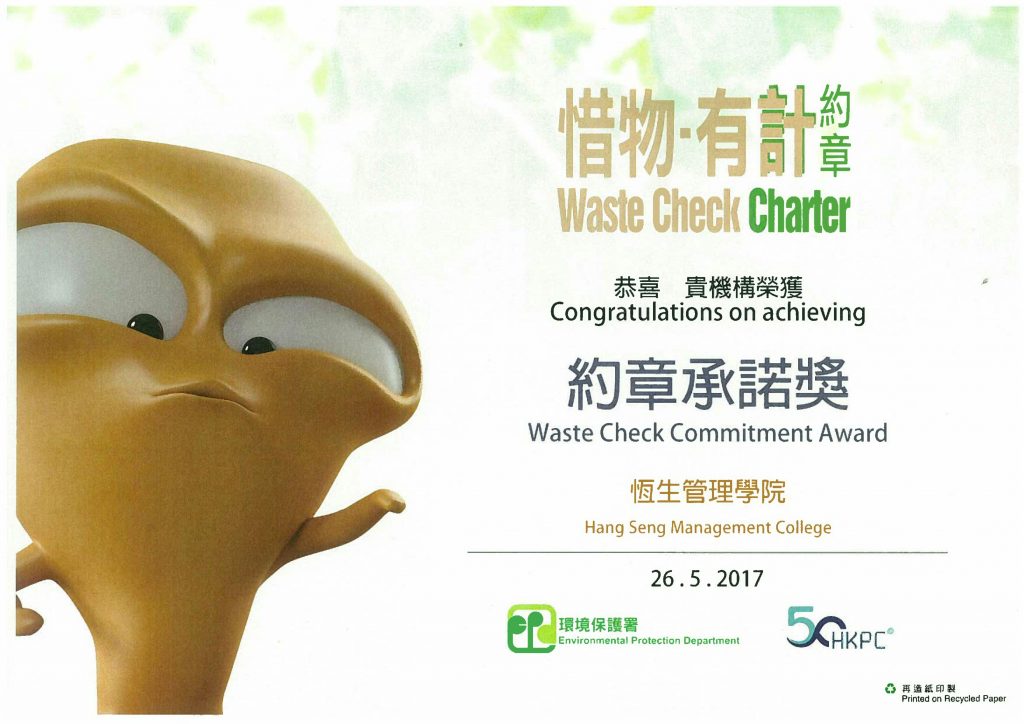 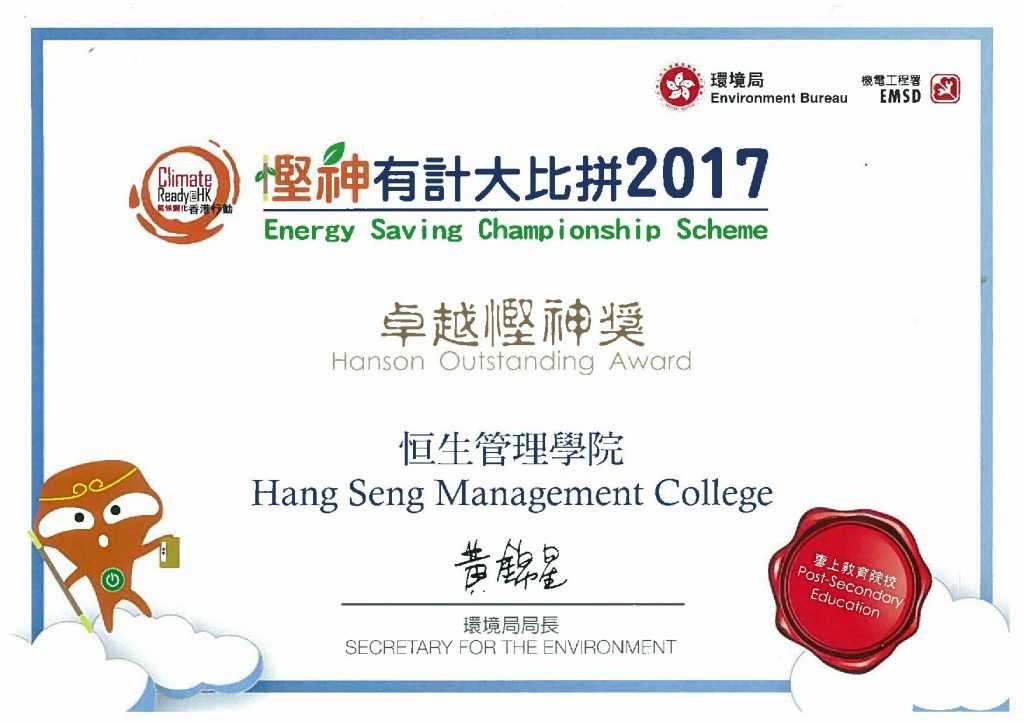 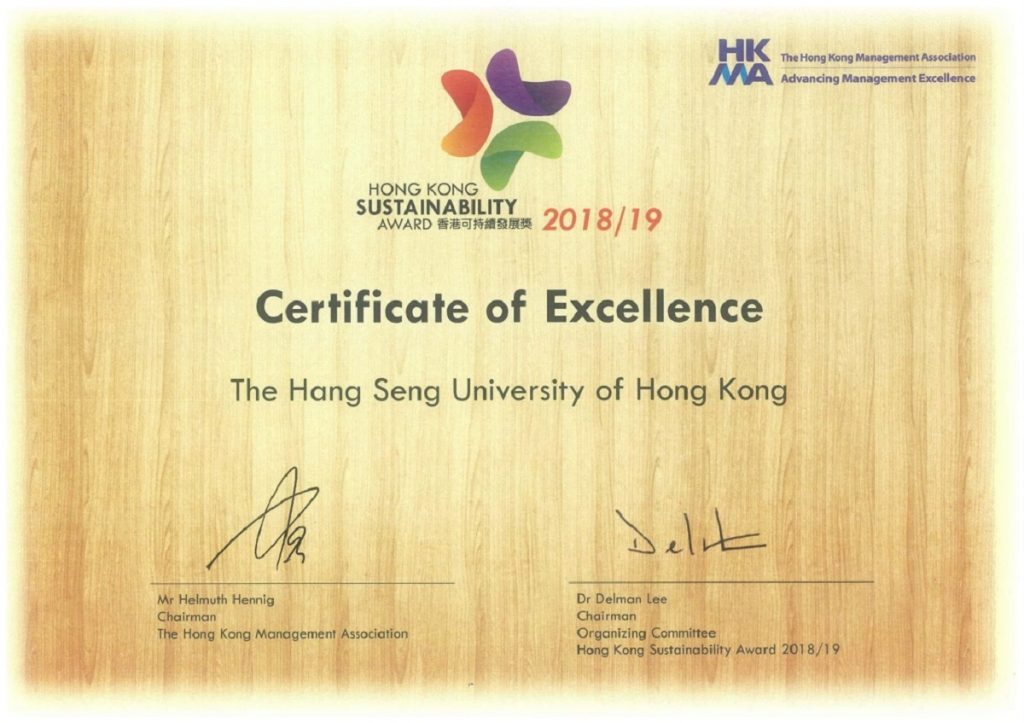